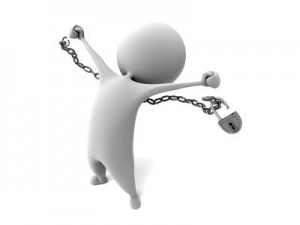 Commenter Rebecca responded at length recently to my post ‘Why God Could Not Possibly Have Created The Universe (pts 4 & 5)’. There was so much in her response, that I thought it best to reply to her in a full length post rather than with a brief comment:

I won’t be able to respond to all of your points as there are so many, but will attempt a few.

I’m glad you find your faith beneficial. You’ve obviously thought about the whole incarnation/sacrifice/reconciliation issue, but I wonder whether you’ve ever asked yourself what it is you need saving from and reconciled with? What is it that means you personally need to avail yourself of the sacrifice Jesus supposedly made (however you interpret that)? I guess evangelicals, of which you seem to say you are not one, would claim it’s because of sin; the alienation from God that our very existence seems to cause.

Is that really the case though? Isn’t it rather that ancient superstitious peoples needed some explanation for why life was so difficult, short and brutish? They reasoned that surely it couldn’t be the fault of the creator God, so his tendency to treat them badly must be entirely their fault. Consequently, they had to do something to appease this god, to make him smile upon them again as they felt he must once have done. They thought the way to do this was, variously, through sacrifice and/or righteous living, by murdering those they felt offended him the most, and through praise and supplication.

There is no getting away from the fact, however, that the primary way they sought to reconcile themselves with their deity was through blood sacrifice. The New Testament’s interpretation of the death of Jesus is expressed in just such terms:

In Him we have redemption through His blood, the forgiveness of our sins, according to the riches of His grace (Ephesians 1.7).

This is not just an evangelical perspective; it is the major theme of much of the New Testament.

I’d like to ask you, Rebecca: are you really so steeped in sin that you need to avail yourself of a bloody human sacrifice in order to be reconciled with God? I have to say it seems extremely unlikely.

I didn’t leave faith behind because of how repugnant this idea is, however. I experienced an epiphany while walking one day, after many years of thinking about such things, and realised with conviction that there was no god: no god to appease, be reconciled with or commune with. He simply didn’t and doesn’t exist (see here for why I think this is the case). Of course, there being no god means there’s no son of god either.

I then started living my life on the basis of the fact there is no god, and I have to tell you it became a whole lot better. I didn’t have the constant feeling I had to come up to some impossible standard; I didn’t feel guilt for the most trivial of ‘sins’; I no longer worried that not getting my beliefs quite right would result in the loss of my eternal life; I stopped worrying about eternal life because it was obvious there was no such thing; I stopped thinking hell and heaven were real; I started living in the here and now; I stopped thinking I had to respond to others’ needs by telling them about Jesus (and started relating to them as people); I no longer had to subjugate whatever intellect I have to force myself to believe things that were clearly nonsense; the self-loathing I felt about my sexuality began to slip away. I could be me, and what a massive relief that was. I think I became a better person as a result. I certainly became a happier one.

You say the bible contains many deep truths – perhaps – but it also includes much that is cruel, spiteful, damaging and just plain wrong. I lost interest in sifting the wheat from the chaff because there was just too much chaff (a free biblical analogy for you there.)

The secrets of life, whatever they may be, Rebecca, are not in the bible, nor in any convoluted explanation of what Jesus stood for (he was just another failed apocalyptic preacher). They do not lie in Christianity or in any religion. Life is more than any of these ultimately dead things.

Thank you for writing. It can only be a good thing that you’re thinking about these issues. You will I’m sure find your way out into the light. I hope what I post here can help you with that.