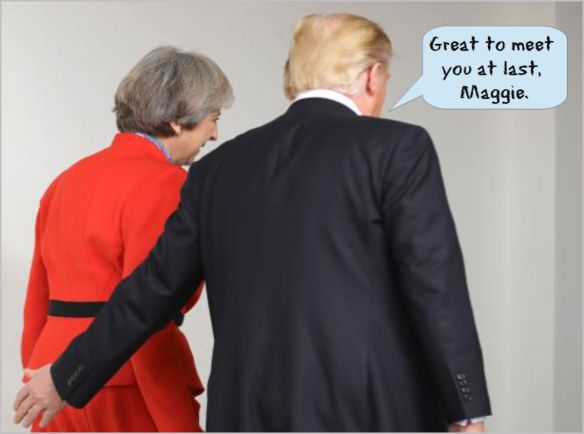 Following Brexit and the election of Donald Trump, a meme has surfaced suggesting that ordinary people have taken to rejecting and ignoring experts; that we no longer trust or respect them and have taken decisions, which in the past they would have made for us, into our own hands (with, the implication is, disastrous results).

If only our experts were experts in the field they profess to be experts in. The views and advice we reject are very often not those of the knowledgeable at all, but merely of those who claim to be experts.

In democracies, ministers and government administrators are, to give them the benefit of the doubt, experts in a given area – frequently in UK government in economics and politics itself – but are, on election, often appointed to a position outside this area of expertise. The current Health Secretary, Jeremy Hunt, for example, has no health related qualifications; his degree is in Philosophy, Politics and Economics. Being generous, we might say that he is an expert in these areas, but, he has no expertise whatsoever in the field of health, healthcare, the management of hospitals nor even the management of people. There are those who rightly point out that in these areas, he really hasn’t much of a clue. Yet, as Secretary of State for Health, he manages the entire NHS in England and Wales. Was there really no-one who could make a better job of it than Mr Hunt – an expert, say? Was Hunt any more of an expert in Culture, the post he held before being shunted into Health by David Cameron (another ‘expert’ – in Media Communications – who had no experience, let alone expertise, of managing the Health service)?

And it isn’t just in the UK; the appointment of similarly non-expert experts is taking place right now under Donald Trump – himself an expert in what? – in the USA. Granted that in the UK government, there are some ministers whose qualifications bear some resemblance to the posts they hold (Philip Hammond, Sajid David) but why do we, the electorate, tolerate the deplorable mismatch of others? Ministers do, of course, have civil servants to advise them on their roles, but these are unelected, unknown bureaucrats and who is to say whether their expertise lies within the fields on which they’re advising?

It is no wonder the populace seems to have lost faith in experts. It is because too many of them are not. When I’m ill, I call the doctor not an accountant. When I’m concerned about the environment, I listen to a climate change expert not a political scientist. If I’m seeking justice, I appeal to the courts system, not the banking sector. Why don’t government appointments work like this? Why are we managed by people who have no expertise and, in many cases, no experience in the field in which they present themselves as the ultimate expert? And why are we expected to trust them, to follow their advice and believe in their promises and plans? Most of the time they don’t, quite literally, have much idea of what they’re taking about, and when they’ve got themselves and the service they’re supposedly overseeing into a mess, they’re moved on in a cabinet reshuffle, to another post they don’t know very much about.

It’s difficult to see how things could be any different with the system the way it is, but that doesn’t mean it shouldn’t be. If it’s the system that needs to change, then it should. It isn’t too much to ask of those who govern us that they have some expertise in the areas for which they accept responsibility.

And what has this to do with religion, you may ask? Be assured it has. Next time.

A man who can’t always remember the name of the record he’s just played has been sacked by the BBC for being unable to demonstrate total recall of an event that occurred forty-five years ago. The moral of the Tony Blackburn debacle is not to grow old nor lose your whatsitsname.

As usual, the last to be considered by the BBC is the listener, the licence payer who has enjoyed listening to Mr Blackburn present Pick of the Pops every Saturday for the last five years. That’s 2.1 million of us.

Do we care whether he can remember a meeting almost half a century ago? No, we don’t. Do we want to continue to derive pleasure from hearing him on Radio 2? Yes, we do. BBC director-general Tony Hall’s cavalier attitude, towards listeners as well as Mr Blackburn, now means we can’t.

I’ve signed my last petition and written my last letter in support of the BBC. The Corporation couldn’t care less about me and at least 2,099,999 other listeners. Maybe it is time it was taken down a peg or two.

Listen to the last few Pick of the Pops Tony Blackburn presented, here, while you can.

Although I wasn’t there, he said I was his friend. 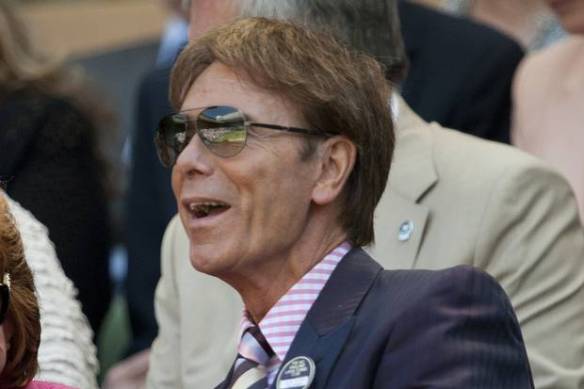 This post takes a little diversion from the usual topics…

Suddenly, after their failure over many years to detect and prosecute Jimmy Savile for his serial abuse of others, the police have taken to investigating historical claims of sex abuse with a vengeance. Now, with each new celebrity accused of assault, a peculiarly public pillorying takes place. An allegation from twenty, thirty, forty years ago is not only listened to but broadcast far and wide.

Then there are isolated allegations which come with no corroborative evidence, just, perhaps, a date and a location, which are not evidence at all but merely part of the accusation.

Very quickly afterwards, the individual making the allegation is turned – by the police, the media and the CPS – into a ‘victim’, often on no other basis than the uncorroborated accusation. An accuser is not, however, a victim, and the accused is not a perpetrator, unless the courts decide he or she is. Moreover, the accuser has the privilege of remaining anonymous, while the accused celebrity, even if there’s no court case or even an arrest, has their reputation sullied as soon the allegation is made public. Trial by media invariably follows and the accused is seen as guilty by association, because, as we all know, there’s no smoke without fire. (Unless you’re a 1980s politician – in which case the ‘historic’ nature of the supposed offences is sufficient to ensure a prosecution is replaced with an enquiry that won’t report for months, if not years – or a member of the Catholic clergy who, for the most part, have also abused with impunity.)

The latest celebrity to be the focus of police interest is, it can’t have escaped your attention, Cliff Richard. Somehow the singer is expected to demonstrate that he did not sexually assault an under-age ‘boy’ – we haven’t been told his actual age – at a Billy Graham rally on a given date nearly thirty years ago. I don’t know about you but, even though it was my tenth wedding anniversary, I can’t remember a single thing I did on 28th June 1985. And I certainly couldn’t demonstrate it wasn’t something criminal. It wasn’t, but I can’t prove it, because it’s impossible to prove a negative. Could you, if you were accused of it, demonstrate satisfactorily that you didn’t indulge in, and get away with, a little light shoplifting on that date? No, you couldn’t. How then can Cliff Richard prove he didn’t do what he has been accused of doing? He can’t. All he has is denial and his hitherto unblemished character and integrity. While I don’t share his religious views, Cliff is also devout; his faith determines how he lives his life in a way that honours the God he believes in. On this basis, it is hard to imagine him doing anything like the crime he has been accused of. And unless it can be proven he did, then he most emphatically did not.

This is not enough for the police, of course, who have made their investigation of the star a very public affair in the hope that ‘others will come forward’ and make similar accusations. They can then claim they have their corroboration. So far, despite saying they have received ‘many’ calls related to their enquiry, they have not confirmed they have any such corroboration. You can bet your life they would if they had.

The fact the police don’t operate in this manner in any other context should immediately alarm us. Yes, they normally seek witnesses for incidents – an alleged physical attack, say – but what they don’t do is broadcast the names of those involved so that other people might ‘come forward’ with stories about entirely different incidents. So why do they regard it as legitimate to operate like this when a celebrity is accused of sexual impropriety? And why are they allowed to? The goodly folks of 17th century Salem, not to mention Senator McCarthy, would surely approve.

Ah, but what about the victim, I hear you ask. As I’ve already explained, without evidence or corroboration there is no victim. There is only an accuser and an accuser is not the same as a victim. In the States, the statute of limitations restricts the time after an event when legal proceedings may be initiated. For sexual offences, this limit varies according to the nature of the alleged offence and from state to state but it is generally in the region of ten years. This prevents the flood of historical accusations that we have seen in the UK following Savile’s death. I am not advocating that real victims, like those we have seen in some of the other cases, be disregarded, but that there must come a time after which allegations can no longer be made, or if made, acted upon. There is precedence: rightly or wrongly, those suspected of ‘historical’ bombing campaigns in Northern Ireland, bombings that destroyed lives, can no longer be prosecuted. Such a statute would prevent innocent individuals like Cliff Richard (and he is innocent until proven otherwise) from enduring uncorroborated accusation, the sullying of reputation and unnecessary public approbation.

Meanwhile, I plan to get out my Cliff Richard CDs to listen to them until the hounding of the singer is called off, and the police are called to account for the unreasonable way they have handled the sole allegation against him. I hope you’ll be doing the same.

‘Ere, Sarge – another of those reports about wide-scale child abuse on our patch.

Just put it with the others, son. We’ll shred them all later.

Shouldn’t we do something, Sarge?

No son, that’s not the way it works. We’re going after a celebrity instead.

A celebrity? You mean that famous singer?

But we’ve no evidence he’s done anything, Sarge.

And when has that ever stopped us before?