Where did stories about Jesus originate?

Memory and the Oral Tradition, part 2 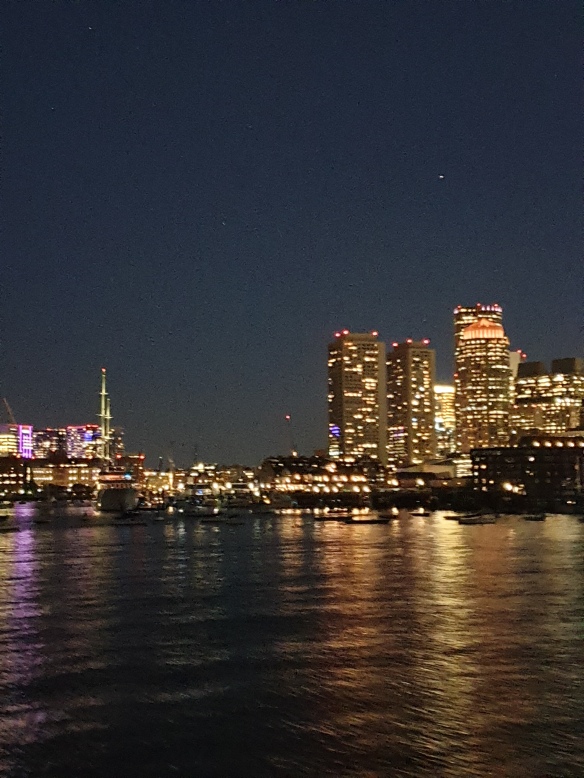 The passing on of stories from memory is the ‘oral tradition’ that some argue preserved the words of Jesus more or less accurately for forty years. We’re expected to believe that eye-witnesses recalled in precise detail what Jesus said and did; that they all largely agreed on what this was; that none of them embellished or altered their recollections in any way in the telling and that they were passed on to convert after convert after convert in precise and unaltered form. And then, that no-one in forty years amended or refined the stories in any substantial way, because if they did the originators of the tales would be quick to point out any inaccuracies.

We know this isn’t what happened. The stories evolved and were refined and embellished as they were passed along for forty years between numerous converts. The defence that ancient largely illiterate cultures were better at faithfully preserving stories orally than we are today is a myth. (See Ehrman, How Jesus Became God: The Exaltation Of A Jewish Preacher from Galilee)

Even when some of the oral stories about Jesus were eventually written down, as in the gospels, they continued to evolve; Matthew and Luke both altered stories they took from Mark while John’s Jesus, in the latest of the canonical gospels, is a different creation altogether; either the source stories John knew had evolved quite differently from those Mark, Matthew and Luke had access to, or John created his Jesus out of whole cloth himself.

These stories once written down were changed again, both deliberately and accidentally, whenever the gospels were copied. We know this from the myriad of differences in the extant manuscripts. As Bart Ehrman puts it in Misquoting Jesus, ‘there are more variations among our manuscripts than there are words in the New Testament’. The evolution continued. This is why the Jesus seminar concluded, controversially, that only 20% of the words attributed to Jesus in the gospels can be regarded as originating with him. I consider this to be over-generous.

Even if the writers of Jesus stories took some of their material from the so-called oral tradition (aka, ‘stories that were being passed around’), we have no way of knowing which of it, if any, is an accurate representation of the things Jesus did and said. It’s unlikely much of it is, given how stories are misremembered, reshaped and altered over time. Their evolution makes them less reliable, not more.

By the way, you’ve not read the post I wrote on Cape Cod. Most of it was completed in Boston and I’ve edited and posted it from my home in the UK. In other words, it evolved in various locations. Kind of like the gospels.

Where did stories about Jesus originate?

3. Memory and the Oral Tradition, part 1

I’m writing this on Cape Cod in Massachusetts. I lived and worked here for a year almost 40 years ago and have returned to visit a few old haunts and stay with a friend, Carol, from back in those days. So much is how I remember it, some has changed and some I can’t remember at all.

Carol and I have met only once in the intervening years, 20 years ago, but we have kept in touch through letters and emails. We’ve been reminiscing a lot this week, telling stories from the time we worked together in the ‘80s, stories we’ve each told many times before. It’s been interesting to discover how much our memories of the same events differ.

We don’t always remember who else was present on a given occasion (were there 4 there or 6? Was K with us or was it V?); who said what; what they actually said and what order events occurred in (was that before this, or vice versa?)

This is before we add in the refinements we’ve each made to the stories over the years; the gaps in our memories we’ve filled in to allow the story to flow; the (different) parts we’ve omitted because they interrupt that flow or now seem irrelevant; the tidying up and restructuring of the tale to make it pithier; the refining of half-remembered dialogue to make it punchier and funnier; the changes in vocabulary (cheeky for fresh, pushchair for stroller)… and so on.

And all of this from eye-witnesses, Carol and me, who were both present and involved when the events in question took place almost 40 years later (which coincidentally is the time between the supposed events of Jesus life and Mark’s gospel.)

On occasion, I’ve heard someone else repeat one of my stories, and infuriatingly they never get it right. They change it to tell it their way; I want to say, and sometimes do, ‘that’s not how it happened. That’s not what she said.’ But that’s the trouble when stories are passed on. They’re out of the control of those who originated them. They take on a life of their own. They become unverifiable, even by their originators. They are changed further when still others take them over. And others and still others, like a giant, out-of-control game of Chinese whispers. In this way, stories evolve and are far beyond anyone’s control – beyond my control in terms of my Massachusetts memories. I couldn’t fact-check them even if I wanted to.

I’ll get to the point – though you can see it coming, can’t you – next time.

But that’s the trouble, doctor. I remember things, yet when I try and get hold of the memory, really try and recall all the details, it slips away as if it wasn’t really there in the first place.

I’m sorry to trouble you with this, but I have to say I’m worried I might be getting Alzheimer’s or something.

These are short term memories, I take it? Alzheimer’s typically affects the short term memory. Long term ones are already in the bank, as it were, and are usually still available to those with the onset of Alzheimer’s. Not that I think that that’s what we’re dealing with here.

There’s plenty of problems with my short term memory certainly, doctor. Like where I’ve put my keys and glasses. And I can’t tell you how many umbrellas I’ve lost. The number of times I go into the kitchen and can’t remember what I’ve gone in for.

Oh, but that’s perfectly normal. There’s even a name for it. It’s called the boundary effect and it isn’t just confined to people getting on in years.

Yes, that’s just it, doctor. It’s not only senior moments, though there are plenty of those. It’s memories from earlier in life too.

Have you tried accessing, as we in the medical profession like to say, happier memories? It could be that your mind is blocking more unpleasant ones. Try accessing a happier memory, something that made you feel good that you’d really enjoy reliving.

It’s happier memories I’m talking about. They’re just as elusive as any other sort. I can summon up the feeling – the elation or the contentment or the excitement – that a past event represents, but then when I try and think of what actually happened – where it was, who was there, who said what, that sort of thing – it all slips away.

So give me an example.

Right. Okay. Maybe like when I think back to when I first realised I was in love – a long time ago now – we’re both lying in the sun, looking into each other’s eyes. And I think, so this is it, this is love. And it’s a wonderful feeling. But then I realise I can’t remember where the field was that we were in, and which friends were with us, because I’m certain we weren’t alone, nor even whether the sun really was shining. Maybe it wasn’t. Maybe, over time, I’ve added that bit. And I start to wonder if I’ve imagined all of it. And then I realise that all my memories are the same. I can’t remember any details and those that there are, I have a troubling feeling I’ve added myself over the years,well after the event

I see. And does that matter? You still have the feeling, don’t you? Of what it was like to be in love for the first time?

I can still conjure up the feeling, yes, but then, that’s it. I feel as if my memories are like those Roman gravestones you used to see in museums. You know the ones, where only one corner is the real thing. The rest is someone else’s reconstruction of what they think the stone would have looked like, or should’ve looked like, all built around that one tiny fragment. Who’s to say whether they’re right, the people who’ve added on the rest? Even if they are, it still means most of it is largely fake. That’s my memories – tiny fragments of feeling – supported by what I think should be around them, but I suspect wasn’t at all.

I think you’re worrying unduly. I’m sure you’re not inventing your old memories.

But I am. I’ve forgotten almost all of them, so I embellish what’s left. And every time I do, something real falls away and I lose another piece of my past and of myself.

Perhaps that’s how it is for everyone. Perhaps our memories are not nearly as fixed as we like to think. It’s possible that each time we recall a memory we have to reconstruct it from the time before, which is itself a reconstruction of the time before that. Some psychologists think so, anyway. All that repeated copying is bound to make for the occasional error, which we then fill in as best we can.

So is it the same for you then, doctor? Your memories are full of holes too?

Well, I have to say I haven’t given it much thought.

Perhaps. But then, does it really matter? Isn’t it now that counts? Perhaps memories are no more than an indulgence anyway.

I don’t think so. I think our memories are the record of all the things that have made us what we are. Lose them and what have we got left?

Oh, now I’m afraid you’re getting a little too metaphysical for me.

Nothing more than a few scattered impressions, full of holes.

Well, perhaps you’d like to make an appointment with one of my colleagues who can help you with your problem. In the meantime, if you could see your way to bringing our desserts, I’m sure my wife and I would be most grateful. 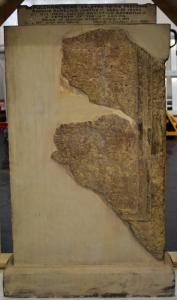