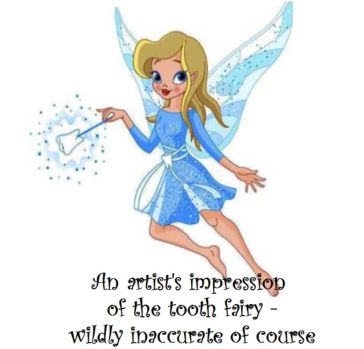 I heard Richard Dawkins speak at the Edinburgh Book Festival recently. He suggested that the best way to understand views that are the opposite of one’s own is to study them for oneself. He was then asked by a smart-alec in the audience, that if this was so, how many works of theology he had read. Dawkins responded by saying he wouldn’t waste his time reading ‘pure theology’ because, in discussing the nature of God or the Trinity or the mechanics of the Resurrection, theology presupposes that the supernatural is real. As there is no evidence it is, there is no point in reading books the sole purpose of which is to discuss the nuances of the non-existent.

It was a good answer. There is no such thing as intellectual Christianity (or Judaism or Islam, or any religion.) No matter how complex the arguments become, they are essentially ones about nothing. Debates about theological matters, within and between the many versions of Christianity, are, as I’ve said before, as relevant as arguments about the colour of the tooth fairy’s dress.*

*Actually she wears a white dress to symbolise healthy teeth. I know this because of my deeply held faith and personal experience of tooth fairies.

God has told the 93 year old leader of the Mormons, Russell M. Nelson, that Mormons should no longer be called Mormons.

Henceforth, they will be known by a title that more accurately reflects their beliefs. They will, therefore, be dropping the second ‘m’ from their name.

The Christian faith rests entirely on the resurrection of Jesus. As Paul says in 1 Corinthians 15.17 & 19:

…If Christ has not been raised, your faith is futile; you are still in your sins. Then those also who have fallen asleep in Christ are lost. If only for this life we have hope in Christ, we are of all people most to be pitied.

Of course neither Jesus nor Paul’s invention, the Christ, were raised from the dead; those encounters with him, described in the gospels are, like Paul’s, visions and sensations of his presence (later ‘the Holy Spirit’) embroidered in the 40 or more years between when they occurred and when they were recorded.

Let’s though, suppose that Jesus really did rise from the dead and work backwards from there. What difference did it make? More specifically, what does the bible say were the results and consequences of Jesus being raised?

The Coming of the Kingdom

According to the New Testament (Matthew 25.34; Romans 15.12; Revelation 20.4-6), the resurrection was a clear sign that Yahweh’s Kingdom was finally arriving on Earth.

Was God’s wonderful reign established here on Earth back in the first century? Were all wrongs righted, the social order inverted, and war and suffering abolished (Mark 10.31; Matt 5.2-11; Rev 21.4)? New Testament writers believed that following the resurrection, all of this would be happening –

in reality, none of it happened; not then and not since.

The Resurrection of the Dead

Did Jesus’ resurrection result in even more people rising from the dead? Paul said it would; he said Jesus was the ‘first fruits’, meaning the first of many, with others following him in being raised from the dead (1 Corinthians 15.20-21). Has any ordinary person – anybody at all – ever returned from the dead, long after they passed away? Not one; never mind the hundreds or thousands Paul and other early cultists had in mind. No Pope, no shining example of Christian piety, no activist or worker in the Lord’s vineyard has ever been resurrected during Christianity’s entire history. The dead have always remained stubbornly dead.

So no, this didn’t happen either.

Did the resurrection result in people going to heaven after they died? This seems to be the view held by many Christians today. Unfortunately, it is not what the New Testament offers. Its writers believed that the Kingdom of Heaven would be coming to Earth in their very near future, not that ordinary mortals would invade God’s home post-mortem. Granted there are traces of this view emerging in the later books of the New Testament (given the failure of earlier predictions about the Kingdom coming to the Earth), but it is not what the founders of Christianity believed and hoped for.

In any case, who has ever died, again from the billions who have lived, and gone to heaven? No-one. Predictably, Christians now say that this transition won’t happen until the final judgement, scheduled for some unspecified time in the future (looks like God is as limited by time as we are.) That’s Christianity for you: always winter but never Christmas, everything in an ever-distant future.

No-one has gone to heaven as a result of the resurrection and no-one ever will.

Did the resurrection result in those who believed becoming ‘new creatures’? Paul said it would (2 Corinthians 5.17). He also said members of the new cult would be loving, forgiving and non-judgemental (1 Cor 5.12 & 13.14). There’s no evidence, from his letters, that they were, nor is there evidence from the long and often cruel history of the church. Christians today don’t always radiate loving-kindness either. Those who are caring and gentle before they become Christians remain so; those who are self-gratifying, vindictive or exploitative find a new context in which to be so. As I’ve said before, religion is like excess alcohol; it exaggerates the essential characteristics of a person, for good or for bad.

What it doesn’t do is make shiny ‘new creatures’.

So, what conclusions can we draw from this? Perhaps that nothing went to plan in post-resurrection Christianity. The promised results all failed to materialise. If the effects of the resurrection were and are not what they should have been, what does this say about their supposed cause?

If a storm is forecast and yet, when the time comes, there is no rain, wind or damage, wouldn’t we say that there was no storm?

If a woman said she was pregnant but during the ensuing nine months there was no physical evidence of pregnancy and ultimately no baby, wouldn’t we say she wasn’t pregnant at all?

If God’s Kingdom on Earth, brand new creatures, the resurrection of ordinary believers, the final judgement and eternal life in heaven failed to materialise, wouldn’t we say there can have been no resurrection? The supposed causal event of all these non-effects really can’t have happened. Jesus died and like all dead people stayed dead. The visions, dreams and imaginings of his early followers gave rise to a cult in his name, one that, ultimately failed on all levels to deliver what it promised.

There was no resurrection.

They tell you all you need to do is accept Jesus as your Lord and Saviour. But it’s not true. You also have to accept on faith all sorts of peripheral nonsense. Nonsense like demons. And the ever-present malevolent Force that will pressurise you into misbehaving and compromising your commitment to the Lord. This Force is ‘The Enemy’, a.k.a. Satan or the Devil, and leading Christians astray is its/his principal occupation. The Enemy and his minions, the demons, are everywhere! All over the internet for a start, mainly on Christian sites. While the Church of Lucifer has an online presence, it’s Christians who love the bad guys the most.

According to some, Satan and his demons are in charge of this reality (though it could be God who’s got the whole world in his hands.) When they’re not attacking true believers, demons are doing their damnedest to bring America to its knees, mainly through ‘The Homosexual Agenda‘™ and abortion rights.

Perhaps it’s possible to ignore this aspect of the faith and still be a Christian, but to do so is to disregard the significant presence the devil and his demons have in the New Testament. Jesus himself has a cosy chat with Satan during his time in the wilderness, or so Matthew 4.1-11 would have us believe. Throughout the synoptic gospels, Jesus speaks very much as if he believes Satan to be an actual being, not merely a metaphorical personification of evil (eg: Luke 11:14-26). He also exorcises a significant number of individuals possessed by demons.

Steve Hayes on Triablogue blithely suggests that ‘when friends and relatives brought people to Jesus to be exorcized, that reflects their diagnosis, not his. They think the individual is possessed – which doesn’t imply that Jesus always shared their suspicions.’ But of course it does; to imply he was God and therefore would have known better is to impose a perspective that had yet to develop when the synoptic gospels were written – that, and a modern sensibility onto a first-century conditioned mind. If Jesus didn’t regard those brought to him to be possessed by demons, he would have said so. He is quick enough to correct his disciples elsewhere when they ascribe the wrong reasons to the causes of illness (John 9.1-3). Inventing ways to excuse Jesus’ ignorance is to avoid what the text clearly indicates; Jesus believed in demons. When he diagnoses a disturbed mind himself he doesn’t hesitate to conclude they are involved; he even engages in conversation with them (Luke 8.30-35).

We know now, and have known for some time, that illness and mental conditions are not caused by demons. We know too that same-sex relationships are not Satanic. There are no supernatural forces trying to debase America. There are no supernatural forces, full stop. It follows that Jesus’ mission couldn’t have been to magically defeat the devil by dying on the cross (Hebrew 2.14); his supposed sacrifice couldn’t have been the beginning of the end of the devil’s reign (Romans 16.20). Neither can there be any of the spiritual warfare against ‘powers and principalities’ of the air that dimwitted Christians imagine themselves to be engaged in (Ephesians 6.12).

Christianity is nothing without its imagined adversaries. With them it is nothing more than a superstition, which its founders ignorantly subscribed to and worked hard to perpetuate. Christians are about the same business today.

As for me, I cannot believe in a ‘Lord Jesus Christ’ who was so primitive, so uneducated and so ignorant he regarded Satan and his demonic forces to be real.