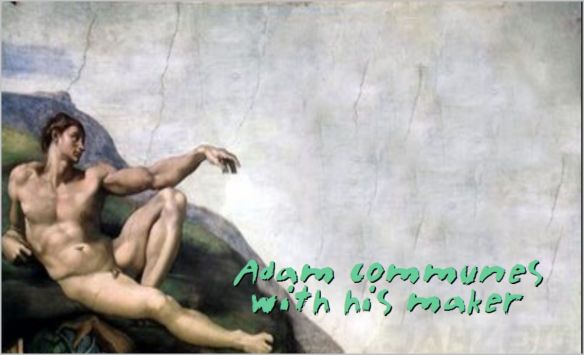 Sometimes I wonder why I continue writing this blog. There seems to be little that can shake believers from their delusions; what I write here doesn’t appear to be it. When they do respond it’s to tell me that I’m in for a shock when, after my death, I stand in front of the the throne of God and have to give an account of myself. I’ll not be smiling then, they tell me. They’re right, I won’t be. Not because of any ‘judgement’, but because dead people don’t smile. Not of their own volition anyway.

Christians can’t seem to see the ludicrousness of their post-mortem proposals. Religion, all religion, is wrong about most things at most levels; it denies death, which does exist, and replaces it with fantasies about supernatural beings, eternal life and judgements, none of which does. Christianity offers false promises, failed prophecies and an impossible morality, which Christians themselves can’t even manage. By and large they don’t even try to (see previous posts on all of this) yet they stick uncritically, unthinkingly, blindly to the fantasy elements of their ‘faith’ because they’re frightened of their own extinction and want to live forever. Christianity deceitfully promises them that they will – the ultimate false promise.

So let’s cut to the chase. There is no God. This is an indisputable fact, though believers will dispute it anyway. Even now, any Christians who are reading this will be muttering something about the fool saying in his heart there is no God; another tired, cliched response, which I’ve already considered here. But there is no God, not because of any foolishness on my part but because of the evidence. Or rather the absence of it. There is no evidence there is anything other than the physical universe or that life came about as the result of anything other than physical processes (it is not the case that scientists do not know how life emerged from non-life; they do and it did) or that humans evolved by any means other than blind, mindless natural selection. God is not required to explain any of this; not necessary to explain anything at all to do with life, the universe and ‘why there is something rather than nothing’. That being the case, we can know for certainty that he wasn’t in any way involved.

Let’s take a more down-to-Earth parallel to illustrate the point: we do not need to resort to stories of the tooth fairy to explain dentistry. I’m guessing that even Christians would agree with this; the tooth fairy has no part in matters of dental hygiene, orthodontist training or even the payment sometimes made by indulgent parents when their child’s tooth falls out. Trying to force the tooth fairy into any of these scenarios is not only entirely unnecessary, it’s erroneous and unhelpful. Dentistry is far better explained without reference to a mythical sprite. The tooth fairy not being needed, we can safely conclude that she doesn’t actually exist; she is a figment invented for children intended to take the away the pain of tooth loss, nothing more.

So it is with God in explanations into which he too is shoe-horned. He’s not needed, he’s superfluous to requirements. That being so, we can similarly conclude that he isn’t real either. A being that isn’t needed to explain anything is one that doesn’t exist.

This is not, note, a rejection of a figure who, even now, is sitting up in the sky somewhere feeling sad or angry because we’re ‘shaking our fist’ at him. If that’s what you’re seeing, you’re still believing in God, even if it is one you might be in the process of rejecting. It’s worse than that, Jim (or better): there is no super-being in the sky, or anywhere else. The universe is devoid of gods and of God; it always has been and always will be. There are none to be found because there are none there; not your pet god, nor those of other faiths, ancient or modern. None. There is only the physical universe itself and for the brief time we are here in it, we are lucky to be here in it. Which is more than any god has ever managed.

2 thoughts on “There Is No God. And Here’s Why”