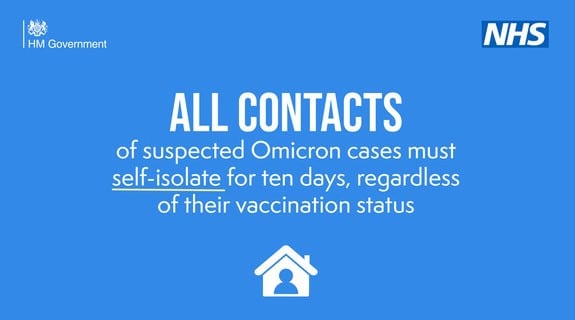 Remember when you were a child in primary school and the whole class was kept in at playtime because one or two individuals couldn’t behave themselves? Remember how unjust that felt? You’d done as you were told, as had most of your classmates, and yet there you were, stuck inside while other groups played out. All because of the actions of a few. When I became a teacher myself I vowed I would never do this to whole classes of children. Those who couldn’t behave would be the ones to face the consequences of their actions, not those who had. To the best of my memory, I kept this promise.

The sense of injustice I felt as a child when I was punished because of others’ misdemeanours returned this week, when UK health secretary Sajid Javid threatened the entire country with a Christmas lockdown if more eligible people didn’t take up their Covid booster jab. The ‘booster’ amounts to a third shot because, it turns out, the effects of the first two vaccinations last only six months. I have my booster booked for tomorrow. And yet, having done the right thing for myself and others, I could still be faced with the prospect of having Christmas curtailed because, according to Sajid Javid, too many people have been naughty children and haven’t done as they were told.

If this is the case, might it not be because the populace as a whole has grown tired, not to mention altogether sceptical, of politician’s promises about Covid?

‘Lockdown for three weeks to flatten the peak of the epidemic’ we were told by the Prime Minister in March 2020.

Lockdown again, for a month, in November 2020, this time to protect the NHS.

Stay locked down for over six months.

Keep your distance, wear a mask, get tested – with which we all complied – and we’ll stop the infection from spreading.

Get the injection and we’ll soon see off this pandemic;

Get a second and save grandma;

Vaccinate your children and erm… we’ll soon see off this pandemic (again).

Get the booster jab and you can have Christmas. (What will it be after another six months? ‘Have your fourth shot or we won’t let you go on holiday’?)

While these measures may have been effective (the fact we’re still being threatened with lockdowns might suggest otherwise), the means by which we have been coerced into compliance has been through blackmail and bullying. Only a couple of days ago, NHS chief Amanda Pritchard claimed that hospitalisations are currently 14 times higher than they were this time last year. This was a lie. They are considerably lower, as the government’s own data shows. (Regrettably, Ms Pritchard neglected to mention that the NHS itself has been responsible for the deaths of about 11,600 people who caught Covid while in hospital for other ailments.)

I’ll be having my booster and I’ll be having Christmas too, regardless of what an authoritarian career politician and inept NHS chiefs tell me. If we have learnt anything as a result of the pandemic about those who govern us it is that they really do not have the first idea what they are doing. Nor do they know how to manage people. Bullying, blackmailing and punishing the whole class because of a few naughty children is not the way.

The average age of death in the UK is around 82.

The average age of vaccinated people dying from Covid-19 is 85.

Most Covid deaths are of people with five other underlying causes.

The majority of hospitalisations are of unvaccinated people.

The majority of people in Intensive Care Units are unvaccinated.

The statistics tell us Covid cases are on the increase in the UK. These scientists tell us they are about to decrease.

NHS executives Matthew Taylor and Amanda Pritchard argued last week that the government should impose restrictions on the populace to ‘protect the NHS’. These are the same executives who have done nothing since last winter to better prepare the service for this winter.

Health Secretary, Sajid Javid said this week that the Booster programme in the UK had slowed due to a reluctance on the part of those eligible – the over-65s whose second shot was 6 months ago – to have the booster. They should, he said, book their booster on the NHS online booking system.