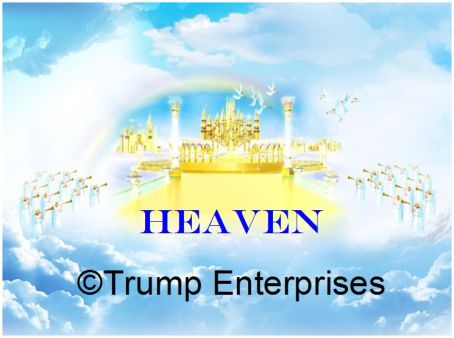 For the Son of Man is going to come with his angels in the glory of his Father, and then he will repay each person according to what he has done. Truly, I say to you, there are some standing here who will not taste death until they see the Son of Man coming in his kingdom” (Matthew 16.27–28).

Truly I say to you, this generation will not pass away until all these things take place. (Matthew 24.34)

The Kingdom of God. What does it look like? When will it happen? Has it happened? You’d think that with the Kingdom of God being a central part of Jesus’ teaching, the central part, in fact – his ‘good news’ is about nothing else – that these would be questions Christians would find easy to answer.

They don’t. The Holy Spirit inspires a variety of incompatible responses from the faithful to the what, when and where questions. The most popular is, of course, that the Kingdom of God equates with Heaven: the saved are all going to heaven when they die. Post-mortem bliss, most Christians would tell you, is what Jesus meant by the Kingdom of God. After all, doesn’t Matthew refer to the Kingdom as the Kingdom of Heaven? Yes… but no: an after-life in Heaven is not what Jesus and his scriptwriters meant by the Kingdom. If it was, they would have said so, rather than promising, as they do, that God’s Kingdom was coming to the Earth real soon.*

So, when Jesus says the kingdom is just around the corner, which he does repeatedly in the synoptic gospels, he can’t have meant Heaven. Let’s try another favourite: Jesus meant that God’s Kingdom on Earth would manifest itself thousands of years in the future – in our time, no less. It’s all to do, you see, with Jesus’ return and the final judgement. As these have yet to happen then the final part of God’s plan – his reclaiming of his creation – will be in the (far) future too. A neat solution to be sure, but one that runs counter to everything in the gospels and in Paul. Admittedly it’s an idea that was taking shape in 2 Peter (3.8), a forgery written about 150CE, long after it had become apparent the Kingdom was running way behind schedule. However, you won’t find it in the synoptic gospels or the Pauline epistles because it isn’t what Jesus, Paul, the gospel writers or the earliest Chrsitians believed.

Where does this leave Jesus’ devotees today? With a Jesus who didn’t really mean the Kingdom would be manifesting itself in the physical world. This Jesus proclaims the Kingdom as something that exists inside his followers as an internal state of being. It’s true some of his pronouncements appear to fit this interpretation; the Kingdom is within you and all that, but what these statements are about in context is the Kingdom’s immanence at the time; what Jesus was saying was, ‘the Kingdom is arriving now; look at the signs – it’s all around you.’ A gnostic flavoured restructuring of what he actually claimed is yet another Spirit-led interpretation we can dispense with.

Consequently, some Christians accept that, yes, Jesus preached a Kingdom that would dramatically materialise in the real world close to the time he was speaking. That it didn’t in any observable way creates a dilemma: as God Incarnate, perfect and infallible, Jesus can’t have been wrong. This must mean the Kingdom did arrive when he said it would and we are living in it now. The Kingdom, these Covenantists say, is another term for the Christian era; the reign of the church, the Age of the Holy Spirit. We’re living in the Kingdom and have been for two thousand years!

How’s that working out? 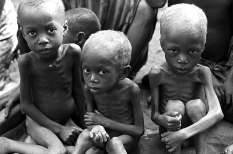 Yes, this looks exactly like the Kingdom of God Jesus promised: An eternity of peace with death and illness banished and the meek having inherited the earth; the social order reversed, God in charge and Jesus and his pals running the show. Or not.

So, however the faithful (re)interpret his words, however much they twist, cherry-pick or just plain ignore them, Jesus was wrong. The Kingdom of God did not arrive on the earth in the first century as he predicted. It’s definitely not here now. It won’t be coming in the future and it doesn’t await in an after-life; these were never the deal. (See my earlier series, Making Excuses for Jesus, for more detail.)

Whatever Christians do, wherever their imaginary Holy Spirit leads them, they end up with implausible and incompatible ways of explaining (away) the non-arrival of the Kingdom of God that Jesus promised. It’s a fallacy, a fantasy, another delusion sustained by the wilfully ignorant.

*John 18.36 does have Jesus say that ‘his’ Kingdom, as it’s become by the time of the fourth gospel, is not of this world. John, however, bears little relation to the other gospels and was written at least 70 years after Jesus lived. In any case, it doesn’t say or mean that common-or-garden believers are going to Heaven when they die.