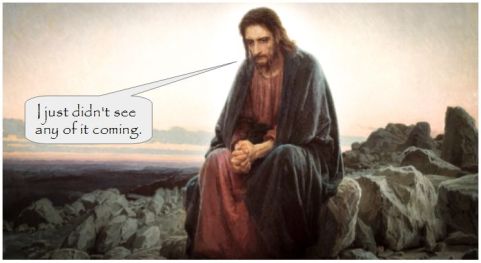 Creating the picture for the previous post reminded me of how little Jesus, assuming he actually existed, knew of the consequences of his ‘ministry’. Here’s a few of the things he either didn’t do or had no knowledge of while he lived.

None of this is what he saw for himself. He thought he would be ruling the world with his besties on behalf of Yahweh. Like every other mortal, he had no idea of anything that would happen after his lifetime. What does this tell us about him?

2 thoughts on “What Jesus didn’t know”