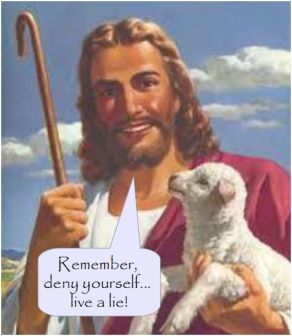 It took me long time to accept who I was. Most of my life, in fact. When I was in my late teens, I had a relationship with a young man the same age as myself. This was illegal at the time as the age of homosexual consent in the UK was 21, remaining so until the late 1990s when it became 18. (In 2004 it was finally made the same as heterosexual consent: 16.) We didn’t care. We had a lovely time and I for one was very happy. I think Sam was too. We lost touch eventually as life took us down different paths.

Not long after, I fell in among Christians. A friend – let’s call him Simon – thought it would be a good idea if we started going to the YMCA. This was long before the organisation became synonymous with the Village People and hangin’ out with all the boys. The YMCA I encountered was markedly evangelical. Once we’d visited a few times we were ‘invited’ to one of their young people’s meetings. I can’t remember what snappy title these meetings went by, but essentially they were a mixture of worship, bible reading and ‘teaching’. Sometimes there’d be a guest speaker who would tell us all about their relationship with Jesus, which, in case we had any doubts, was just marvellous. Before long I was giving my life to Jesus too, though in the long run it turned out to be only a temporary loan.

Occasionally, one of these guest speakers would talk about relationships, those with other human beings, and sex. From them I learnt that sex was almost always wrong: sex before marriage, sex outside marriage, sex with yourself – all of them were sinful. Even imagining sex and fancying someone (which qualified as lust) were wrong too. Who knew? But the most sinful, wicked and sordid sex of all was sex with someone of the same sex.

It didn’t seem it to me. The encounters I’d had with Sam were far from sordid and not at all evil. On the contrary, they were a lot of fun! But these people, these Christians, seemed to know what they were talking about. And hadn’t I given my life to Jesus? He detested homosexuality, or God did anyway, so Jesus must’ve felt the same way (actually this was all in the present tense, Jesus being alive and monitoring us from Heaven and all; Jesus detests homosexuality, they’d tell us.) Sometimes they’d read verses from the bible that proved it.

And so I started to suppress my feelings. They’d kinda got me in trouble anyway, when my body betrayed me in the showers after gym at school. Other boys would torment me about it. I wasn’t actually ‘out’, as we’d say today, and terms like ‘queer’ and ‘poof’ (the British equivalent of ‘fag’) were bandied around as general insults – they didn’t necessarily mean anyone actually thought you were gay. Nonetheless, they came a little too close to comfort. All things considered, a retreat to the back of the closet (not that I knew this terminology then either) seemed the best option. It was what Jesus wanted, or so I thought. I started to deny myself for him, as he insists his followers do, and began a life of self-deception.

Which would’ve been fine, except it’s impossible to live a lie in isolation. Others invariably become involved.

2 thoughts on “Jesus, Simon and me”