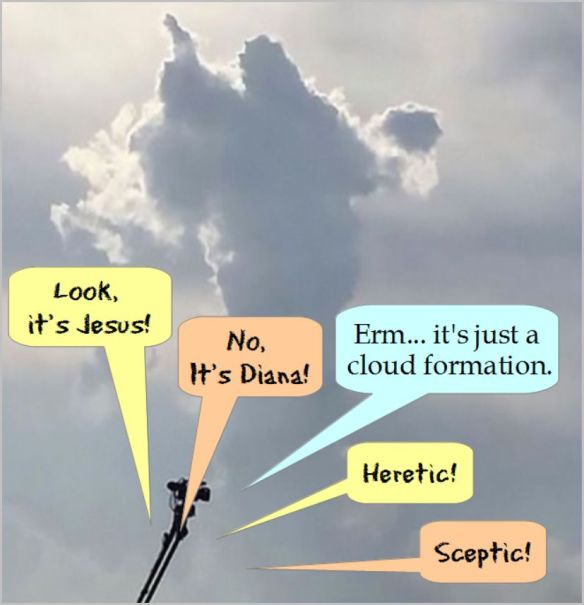 Hemant Mehta draws our attention to a new book by ‘Christian Prophet’, Mark Robert Pryce called Princess Diana Speaks from Heaven: A Divine Revelation. In it, Pryce claims, the late Princess of Wales communicates with him from beyond the grave. Hemant notes how

(Diana) spends a lot of time convincing readers it’s totally her. Which is exactly what the real Diana would do, of course.

After his suffering, (Jesus) presented himself to (the disciples) and gave many convincing proofs that he was alive (Acts 1.3).

I’ve always wondered why Jesus would need to do this. Wouldn’t his old friends just, well… recognise him? How exactly do you prove you’re alive? Wouldn’t it be self-evident when you were breathing, moving and talking right there in front of people? Unless, of course, you weren’t really there, but were some sort of apparition or shared delusion. Then, those who felt they were experiencing you would need to convince themselves that you were really there. Just as Prophet Mark Robert Pryce has ‘Diana’ do in his book.

2 thoughts on “The oldest trick in the book”