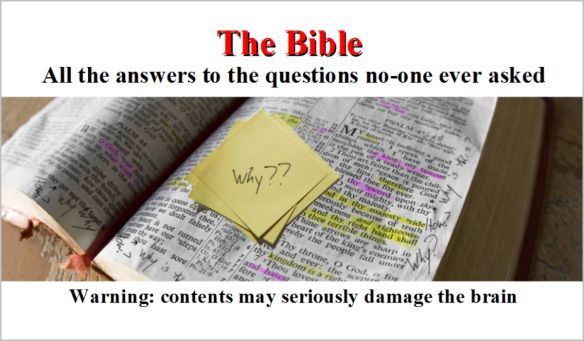 Some years ago I visited friends where another of their guests told me he had been reading a remarkable book. It was he said, about Atlantis and demonstrated beyond any doubt that the ancient city had really existed and had sunk beneath the ocean where it still waited to be found. I asked him how he knew this (a polite way of asking what his evidence was.) He looked at me incredulously. ‘Because the book says so,’ he explained.

It’s the same with all the claims made about Jesus: that he was the Saviour, the Messiah and the Son of God. All such claims are found only in one book written by people who already believed such things about him.

Outside of this book there’s nothing: no Roman records of his death and subsequent resurrection; no reports of post-resurrection visits by witnesses who weren’t already invested; no contemporary, independent accounts of his remarkable miracles; nothing from historians of the day about his return from the dead and subsequent ascent into the sky; no mention of him at all in any documentation for the first 80+ years of Christianity outside of this one book. The Son of God appears on Earth and nobody but a handful of superstitious zealots notice.

Not very convincing, is it?

12 thoughts on “Only The One Book”