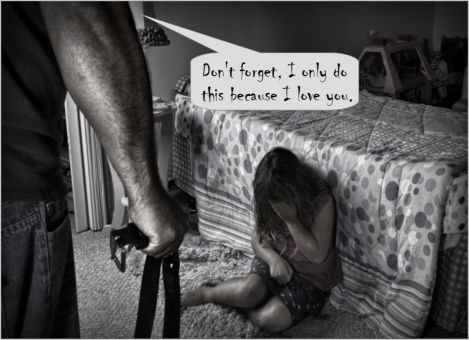 Josh, our social worker, would always tell us that our father didn’t mean it. He didn’t mean to threaten and intimidate us. He didn’t want to have us cringing in fear of him whenever he came near. Josh said our father loved us really, in his own way. I think we knew that ‘in his own way’ really meant ‘not in the way anyone else would recognise as love’. But, Josh said, whatever it might look like, father really did love us. It was just, Josh said, that he was naturally short-tempered and really couldn’t tolerate what he judged to be our terrible behaviour, even though none of us was really what you’d call badly behaved. No more than most children, anyway. Just by being there, it seemed we irritated father to such an extent that he’d punish us severely, the punishments out of all proportion with our supposed misdemeanours. Dolores once spent the night in the coal shed because she forgot to ask father’s permission for something trivial. No-one could remember what the next morning when she was allowed back in, crying, shivering and covered in black dust. But father said she deserved it for being such a wicked child. He said we all did.

We’d appeal to Josh, of course, but he’d just say we should ask father’s forgiveness for our wickedness, but as we explained to Josh, it seemed to us that father was the wicked one. We couldn’t see what we’d done that we needed to ask forgiveness for. Josh said that this sort of attitude wasn’t going to get us anywhere except into more trouble. Didn’t we know father loved us very much? All the same, he said, he’d have a word with father on our behalf. ‘He’ll listen to me,’ he said, but it didn’t seem like he did. Father’s demands would become all the more exacting as he told us he expected more of us only for our own good. Then he’d punish us when we couldn’t do what he asked — when we weren’t what he asked, which seemed terribly unfair when we couldn’t be anything more than he’d made us in the first place. Maybe if he’d been around more and had shown us more love than he did, we might not have turned out to be such a disappointment to him.

As you might expect, we eventually lost all faith in Josh. He really wasn’t much use. He promised to fix things with father, but it always seemed like he was on father’s side rather than ours, and his threats still hung over us. We would never be good enough for him, even with Josh’s ineffectual interventions. So when we grew up we all left home. I don’t think any of us has any contact with father now. I’m fairly sure he’s dead, in fact. He has no more control over us anyway; we don’t live in fear of his threats and punishments. We’re finally free of him, thank God.

2 thoughts on “Our Father”