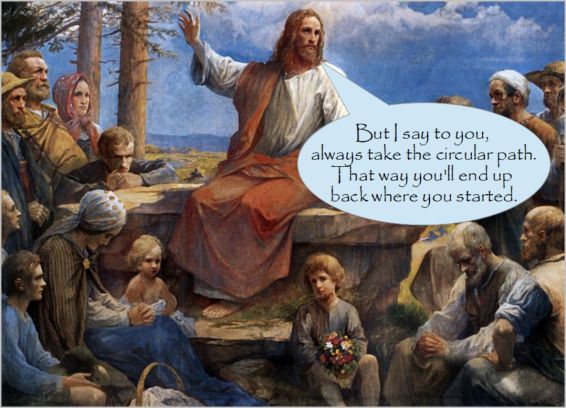 Being a religious believer means you can’t be a free thinker. Your conclusions are already determined for you – in the Bible or Qu’ran or some other holy book – and you are compelled, if you’re fundamentalist in your beliefs, to reach and affirm these conclusions. More than this, you are compelled to begin with them, which is why Ken Ham can say that where you start determines where you end up (though this only applies to those who think magic books have all the answers). So if you believe, because the Bible appears to say so, that the universe and all that is in it was created in six days about 6,000 year ago, then that is the premise from which you begin. You are then highly selective in the evidence you’ll consider, forcing it to support your predetermined conclusion. Christian argument is always this circular and heavily dependent on confirmation bias.

It can’t be anything else:

Pastor Steven Anderson condones slavery. God approves of it in the Bible therefore slavery cannot be morally repugnant, and attempts to eradicate it are misguided. How does he know this? Because the Bible says slavery is okay.

Christians generally argue that God is good (because the Bible says he is) but have to disregard the horrors of his creation and the cruelties of life to reach the conclusion that, yes, God is good.

There really is no arguing with such arrested development, such intellectual dishonesty. Christian are not open to wherever reason and the evidence might take them; the end is always assumed at the beginning. Maybe that’s why comments are rarely allowed on Christian web-sites. You can’t argue with the Truth™ – another premise masquerading as a conclusion.

1 thought on “Round in Circles”