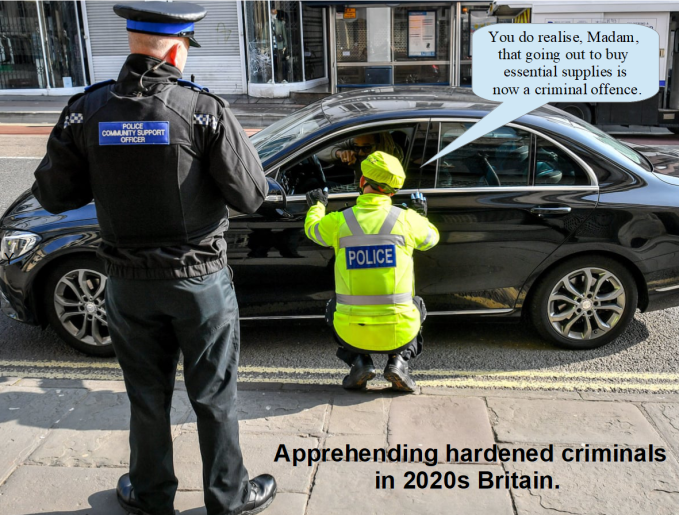 I long ago lost my Christian faith – though it was more of a conscious uncoupling than carelessness. It simply didn’t make sense any more; it wasn’t the Truth it claimed to be. It wasn’t even a truth.

The legacy of Covid-19 for me has been more loss of faith: in science and scientists, as suggested in the previous post, in the media (as I discussed here) and also in politicians and the police. My faith in politicians was, admittedly, never all that great, but the pandemic delivered the death blow. It’s not that I found the numerous parties at 10 Downing Street and in Whitehall a betrayal of the British people, who were under strict lockdown (though they were); it wasn’t the revelation that those who control our lives do so only with a steady supply of alcohol (though that is also true). It was because they were and are so utterly incompetent. None of the measures taken by the British government, nor the Scottish and Welsh assemblies, halted the spread of Covid. Yet like a dog returning to its vomit (Proverbs 26.11) they returned to the same old measures as if they worked. They imposed universal lockdowns and restrictions, making normal social behaviour a crime, when they should have been protecting the elderly and vulnerable, who then died in their thousands in care-homes and hospitals where many of them picked up the virus in the first place. Meanwhile, over-zealous, heavy-handed police officers fined people for sitting on park benches, threatened to arrest people for not wearing face-masks, stopped and questioned drivers they suspected might be breaking Covid rules and broke up ‘illegal’ gatherings while Downing Street partied on.

What a travesty of a democratically free society the last two years have turned out to be. I doubt I will ever vote again, after a lifetime of doing so. The opposition in the UK, the Labour party, exposed themselves to be as spineless and as cravenly zealous in oppressing people as the Conservative government. They opposed none of its draconian, futile measures. They wanted, in fact, for them to be more extreme. Will we ever return to those freedoms we enjoyed and which were our entitlement before the pandemic struck? Or will politicians cling onto the powers they granted themselves and the police to control the largely compliant hoi polloi? Knowing politicians, I think I know the answer. It’s a spoilt ballot paper for me next time and from now on.

All we have, we ordinary folk, is ourselves. The only ones we can possibly have faith in are our loved ones; partners, family and friends. See yourself through life. Take care of these others. Call upon anyone outside of this circle only when necessity dictates. Never believe that government, religion, science, the media or police are on your side and are going to do anything for you.

As Paul Simon wrote many years ago:

And so you see I have come to doubt
All that I once held as true.
I stand alone without beliefs;
The only truth I know is you.

He was talking about his then girl-friend, Kathy but the sentiment is applicable to you and your loved ones. If you’re doing anything but relying on and looking after these people, you are pursuing an illusion.

2 thoughts on “The Only Truth”