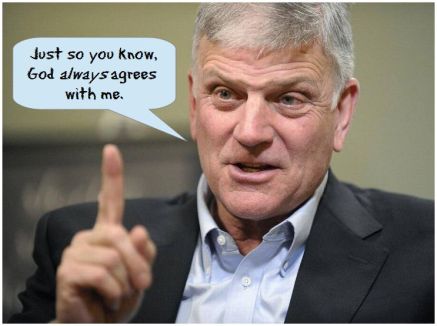 Most Christians admit to a belief in the Holy Spirit. The majority also subscribe to the notion that this manifestation of God (or Jesus?) guides them in their spiritual journey, supernaturally from within. The Holy Spirit, the Bible says, lives inside believers (1 Corinthians 3.16); an aspect of God designed to fit the human body.

You’d think then, that with part God embedded in their psyche or wherever it (or ‘he’, according to most believers) has taken up residence, that all Christians would think alike; would have the same priorities; would subscribe to the same doctrines; moreso when that other embodiment of God, Jesus himself, supposedly prayed for such a unity (John 17. 20-23).

Evidently they don’t achieve any of this. There are, depending on which authority you consult, in the region of 34,000 Christian denominations, sects and groups, all of which see themselves as possessors of God’s sacred truths. Most regard that it is they alone who possess this truth in its purest form. There wouldn’t be separate denominations otherwise.

And from where do they derive their own peculiar revelation of the Truth? Ultimately, most would say, from the Holy Spirit. It is he who guides them in all truth, as John’s Jesus promised (John 16.13), showing them how to read the bible and interpret it aright (1 Corinthians 2.6-16) and allowing them to discern truth (1 John 4) in what they hear from God’s chosen instruments on earth: pastors, ministers, prophets, evangelists, popes.

And the Truth they arrive at is different from the Truth arrived at by that other sect or wayward denomination elsewhere. 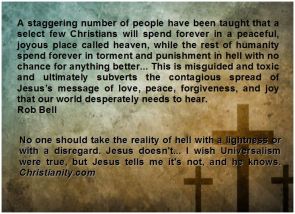 The Holy Spirit leads different Christians to contradictory doctrines on the essentials of the faith: about how an individual is ‘saved’ for example; whether it’s legitimate to talk of being ‘saved’ at all; predestination; free will; the place of baptism in salvation (essential or not?); Heaven and Hell; the nature of faith itself; the role of ‘works’; God’s plan for individual lives; evangelism; the ‘infallibility’ of the bible; how best to worship God; the nature of God; the existence of other supernatural beings; the role of women in the church. If they can’t agree on these – and they don’t – then what the f**k is the Holy Spirit playing at?

Then there are the issues they claim are of conc 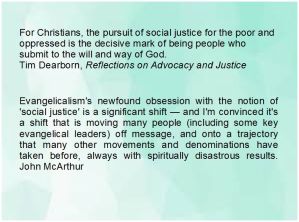 ern to God, though of course they don’t all agree on what these might be: social justice, morality, sex, same-sex relationships, equality, feminism, science, evolution, Hollywood, making America great again, guns, Trump, right-wing politics, liberalism, Covid-19 (many of which, we might note in passing, the bible has absolutely no interest in.) And what do we find? 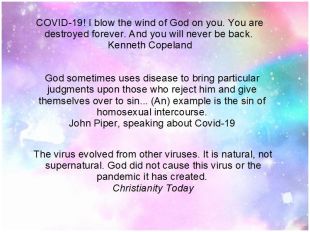 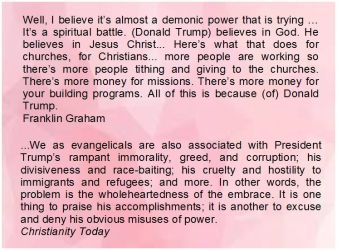 First, the Holy Spirit provides diametrically opposed ‘truths’ to individual Christians, as the quotations within this post illustrate. Second, that same Spirit affirms the views, prejudices and biases of each Christian he speaks to. God’s thoughts are, miraculously, the same as those seeking them out.

Of course, there is no Holy Spirit. There’s no Holy Spirit because there’s no God. What those who speak for him are doing is voicing the frequently ill-informed and evidence-free suppositions of their particular branch of the cult. Claiming these are endorsed by God is at best a delusion, at worst, sheer deceit.

The Holy Spirit, then: just another name for confirmation bias.

2 thoughts on “Another name for confirmation bias”